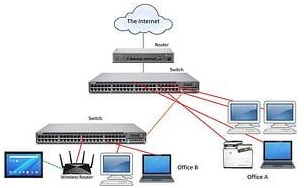 The IT infrastructure consists of different interdependent elements, including servers, storage, and networking. Hardware relies on software to function, while software manages and controls system resources. IT infrastructure components are a critical component of a company’s overall technology strategy, and a poorly functioning IT system can lead to disastrous results. Here’s a brief overview of each of these systems. In addition to defining what makes an effective IT infrastructure, you can also read more about each of them to understand how to best protect your organization’s assets.

Various IT infrastructure components require management. Storage infrastructure, for example, requires monitoring to ensure that it can meet service levels. Storage management involves gathering and analyzing data related to performance. Performance management tools can alert administrators of potential problems or suggest courses of action. To manage storage, a software-defined infrastructure controller must be deployed. The right management system should support storage, networking, and security components. To learn more about this approach, read the following article.

Managing storage infrastructure is a challenging process, since storage administrators are responsible for monitoring hundreds or even thousands of components in various data centers. Managing these components is necessary for effective management, since they are continuously changing and evolving as workloads and applications grow and change. Therefore, organizations deploy specialized monitoring tools that enable them to gain end-to-end visibility and correlate issues across many components. It also helps limit the amount of ongoing investment needed in storage infrastructure, as well as optimize capacity utilization.

Networking IT infrastructure comprises the devices, media, and services that connect the different network services and devices. The message path may be a simple cable between two computers or a complex network that spans the globe. Regardless of the type of infrastructure used, it helps create and maintain a stable communication channel. Here are the components of network infrastructure:

The two most common types of network infrastructure components are the devices and the software. Devices, which are networked together, form the network. Networking it infrastructure devices are the core of your business’s information technology infrastructure. They connect all devices to the Internet and provide information for users. These devices are known as hosts, and they form the interface between users and the network. To maintain a smooth and efficient network, the components are carefully inspected to ensure that they work as intended.

When thinking about IT infrastructure components, servers are the heart of the network. They allow numerous users to share resources, such as files and emails. Servers are typically located in a server room, which is also known as a data center. Other parts of the network infrastructure include switches and routers, which allow devices to communicate with one another. In addition to servers, network cabling includes switches, hubs, and routers, which connect different devices together.

The traditional IT infrastructure consists of computers, servers, data centers, and networking hardware. The physical components are the switches, hubs, routers, power, and cabling, and may even include dedicated rooms. Software components include enterprise applications and operating systems, which are used to provide access to information, share files, and perform other functions. IT infrastructure components vary widely between businesses, but they are all important to the functioning of a company’s network.

The various components of an information technology infrastructure are known as database management systems (DBMS). These software products are used to store and organize data in an entity. Typically, these applications use standardized formats and structures, and are grouped according to their use and deployment. DBMS are the most common types of IT infrastructure components. Let’s discuss a few of the most common types of these software systems. And, what are their different functions?