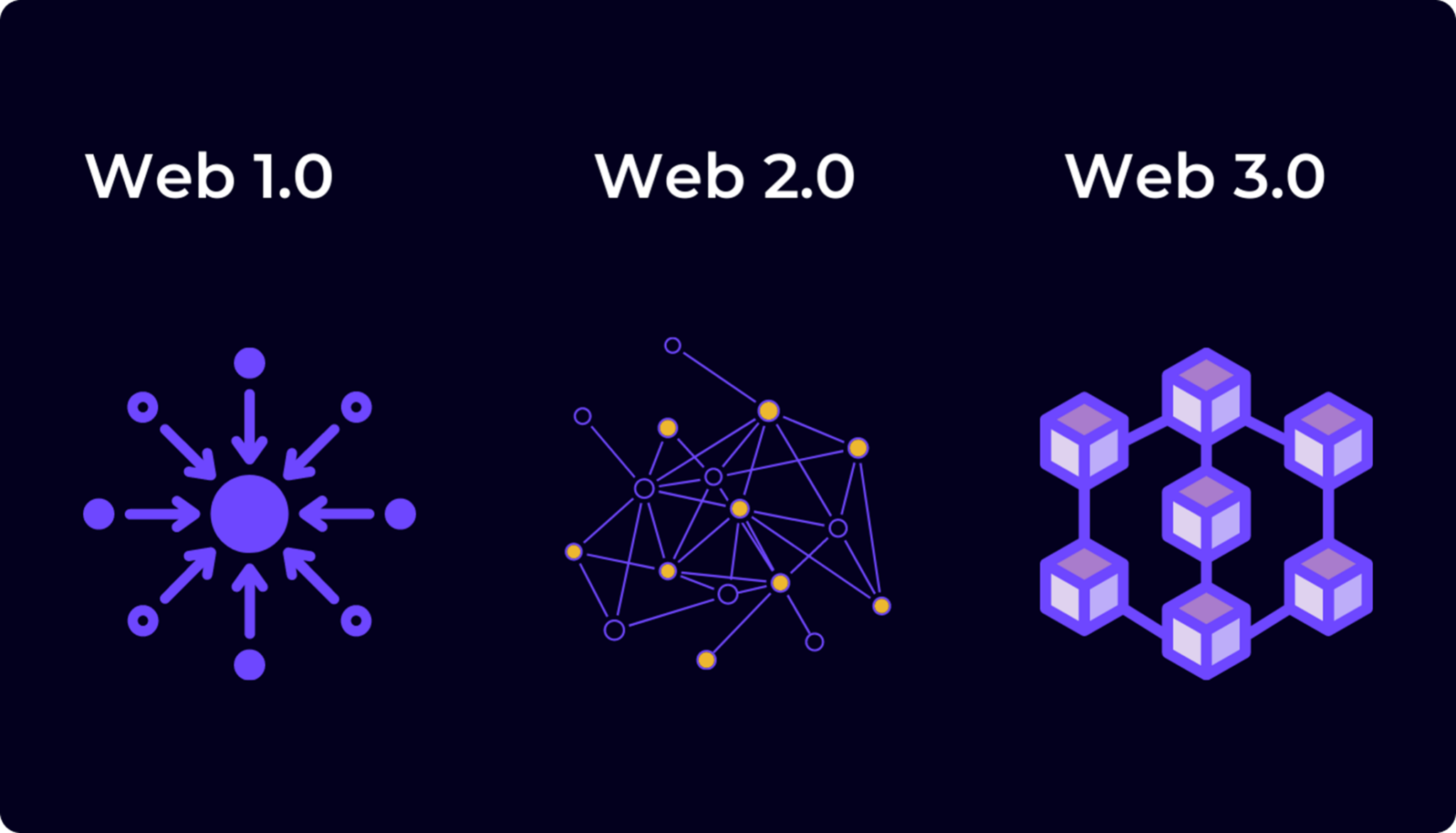 We are currently living in the third generation of the internet, also known as Web 3.0. Now, do you know what its features are? Also, what are the differences for Web 1.0 and 2.0?

That’s what we’re going to explain in today’s article!

So, if you want to know more about this new web generation and how it will impact the internet and business, be sure to follow along carefully. Come on?

The concept of Web 3.0 is related to a new phase of the World Wide Web. At this stage, the internet becomes more decentralized, open and with greater user activity.

In addition, in this third generation, the use of technologies such as artificial intelligence and machine learning becomes more frequent.

What is the difference between Web 1.0, Web 2.0 and Web 3.0?
Officially, the internet was created in the 1980s in the United States, and since then it has undergone several changes and transformations.

Web 1.0, also known as the first generation of the internet, was a real revolution, after all, it made possible at the time (the 80s, 90s and early 2000s), the democratization of access to information.

During this period, people, through the internet, were able to access the most diverse types of content spread around the world with just a few clicks on a computer.

However, as it was the initial phase of the web, of course, there were limitations. For example, users were unable to interact, make comments, edits, etc. as we easily do today.

In addition, it was not cheap and the production of content was completely centralized. That is, people even used the internet, but few could actually create something on it. User-generated content did not exist.

Here in Brazil, for example, this issue of content creation and distribution was left to large portals, such as UOL, IG and Terra.

In other words, only a few companies had this control over information — which was very similar to traditional channels already known at the time, such as television, radio and newspapers.

Over time, this began to change and from 2004 onwards, users stopped being just spectators and became more active and protagonists on the internet — and that is what characterizes Web 2.0.

In this second generation of the internet, there was a great transition and the public that, until then, was more passive, started to disseminate information and create online content, especially due to the emergence of social networks, such as Orkut, Flickr and Facebook, and the ease of creating a blog.

Thus, more and more people started to access the internet regularly and publish, interact and generate a large volume of data and information.

Ten years later, in 2014, once again a lot has changed and evolved on the internet and, from there, the concept of Web 3.0 started to gain more strength.

In this third generation, which is a significant evolution of its two predecessors, the internet becomes much more modern, technological, personalized, interactive, full of data and with machines being great allies for users.

Thanks to machine learning and artificial intelligence, for example, today it is possible to combine efforts between machines and people in order to provide better experiences, relationships, learning and much more.

Today, we, users, can shape our own navigation and, thus, reduce the control that companies have over us — which is also related to the LGPD (General Law for the Protection of Personal Data).